Every story has a beginning

We have a wide membership base drawing from the villages of Wooli, Tucabia, Ulmarra, including Minnie water, as well as the city of Grafton and surrounding communities in our wonderful Clarence Valley.

From our humble beginnings when we started with a handful of well intended members, our Club has continued to grow in strength.

When the Club first started we used the facilities available in the local community hall, which is located in “Nip Welsh” park on the beachfront at Minnie Water beach.   The aim was to then get approval to either refurbish the hall to accommodate our needs or to build a new clubhouse separate to the community hall.  “Nip” Welsh was a fisherman in the area for many years and his family still have strong ties to the area, and also with surf life saving through the services of Nip’s son Neill “Ebor” Welsh who is well known throughout Australia for his services in Surf Life Saving.

Initially, the club used up to three shipping containers to store equipment as well as using one as a dedicated patrol office.  Due to the growth of the club it was decided to negotiate the need to build a purpose built club house with assistance from Local and State government organisations to make this a reality.

The new club house became a reality in 2010 and a big thank you to the many committee members and supporters who generously gave their time and effort to get our Clubhouse off the ground. 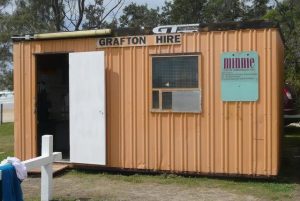 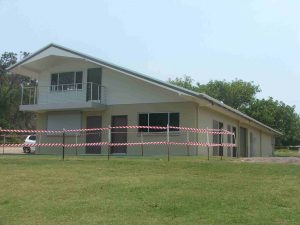